Spring has sprung!  The sun is warming up the air and the snow has melted away.  Seed catalogs are showing up in your mail box and you are itching to get out into the garden.  However the ground is too cold and wet to plant anything and your trees and shrubs are looking a little shaggy.  Time to get started on clean up and pruning!

First a word about safety:

Early-spring bloomers like lilac, forsythia, and rhododendron bear flowers on wood formed the previous year.  The best time to prune them is late spring — immediately after they finish blooming.  Pruning them later in the season or during winter will remove flower buds and decrease the amount of spring bloom.  To keep your older flowering shrubs blooming like they were new, prune out a few of the oldest, thickest limbs each year, allowing the new shoots to grow and fill in the bush.

Shrubs grown primarily for their foliage such as barberry and burning bush can be pruned to shape almost anytime except in late autumn.  New growth that starts after late-season pruning won’t harden off properly before winter.  Major pruning should be done when it is dormant in winter.

Most hydrangea types — pink, blue, or white mopheads and lacecaps, or oakleaf forms — bloom on old wood.  Prune these types before midsummer.  If you prune them in winter or early spring, you’ll be removing flower buds.  Newer re-blooming types are less sensitive to pruning because the flower buds form on both new and old wood.

Prune your shade trees such as oak, linden, and ash when they are dormant in winter. It’s easier to see the branching structure at this time of year, and you’re less likely to spread diseases through the pruning wounds. avoid pruning in late summer as the new growth will not harden off and survive the winter temperatures.  Remove any dead wood.  Then carefully prune out any crossed and rubbing branches as these will eventually die off.

Apples (including crabapples), peaches, pears, plums, and cherries should be pruned in midwinter. Although winter pruning removes some of their flower buds, the goal in pruning fruit trees is to open up the tree to allow in more light for a better crop of fruit, rather than to get maximum bloom.

Most broadleaf evergreens, including holly and some types of magnolias, need little pruning.  The best time to prune them is in early spring, just before they put on their growth spurt.  Remove the winter damaged plant material.  You can do minor shaping and pruning at other times of year, too.  Holly bushes are ready supply of decoration for your yuletide festivities.

Ornamental grasses have become more popular in recent years.  They should be cut back as close to the ground as possible after the first frost or in the early spring.  Tying the tops together before cutting makes the job fast and easy.

There is a world of “how-to” information at your fingertips on Cooperative Extension websites.  Information  for this blog was gathered from www.ext.vt.edu -the Virginia Cooperative Extension site.  It lists local offices, links to publications, and events and is a wealth of information for Virginia area gardeners.  Another site to explore would be www.cce.cornell.edu which is the site for Cornell Cooperative Extension.  It too is has a lot of information accessible to everyone.  If you’re tired of spending time indoors on the computer, try your local library, nurseries, friends, family and neighbors with beautiful gardens.  Most people are more than happy to share their gardening experience. 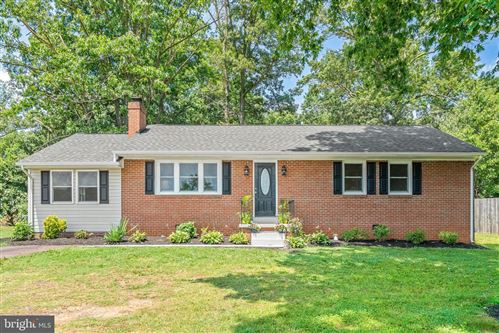